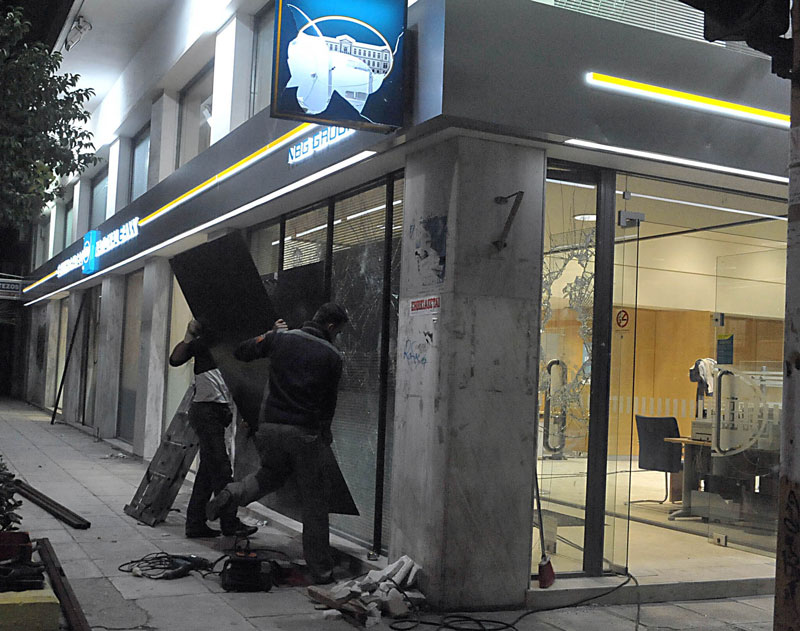 There were clashes in the streets on the 4th of December 2009, during the protest march held in Corinth, Greece, on the occasion of one year from the murder of Alexis Griroropoulos. During the march, where many students participated, banks and cameras have been smashed; while the police station of Corinth was attacked, as well as one platoon of OPKE that was nearby and rocks and lots of Molotov cocktails have been thrown. Adductions took place and there is at least one arrest. 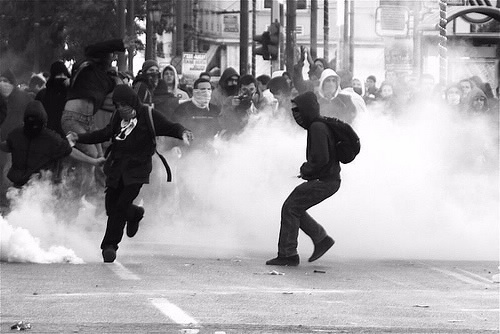