The revolt is not a utopia. It is alive within every society

Days of Revolt – Days of Hope

..‘No. People did not arise because they could not stand anymore the impunity of the murderers wearing the uniforms of the government. The cheap democratic fairy tales of the early days teared indeed, while the revolt did not fade. While its destructiveness showed clearly that kept its distance (as far apart as sky and earth)  from every political protestation. While aimed further in the prolonged sabotage of the vital functions of the state.

We don’t need to hesitate.

The authorities have every reason to fear a social revolt, which does not seek for crumbs but instead it demands everything on the way to the Anarchy.

Anarchists in and out of schools and colleges 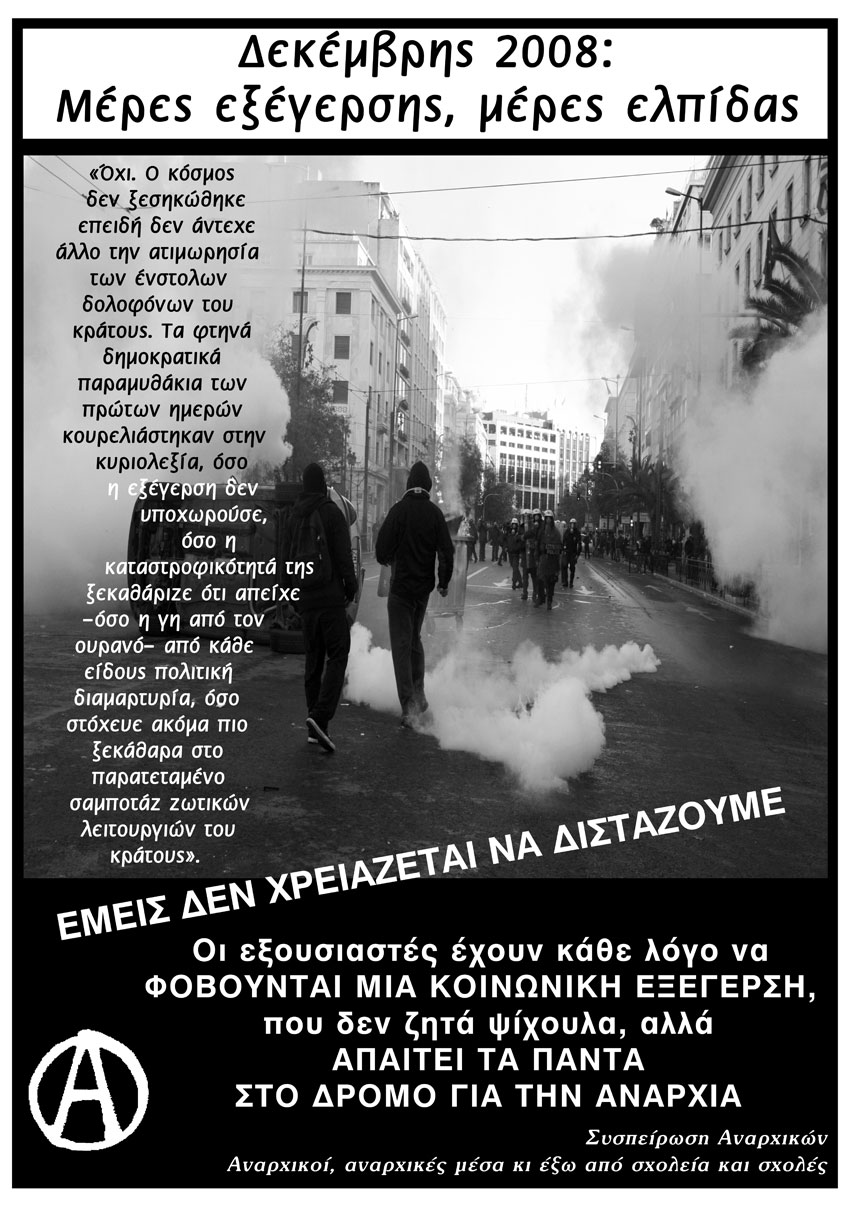